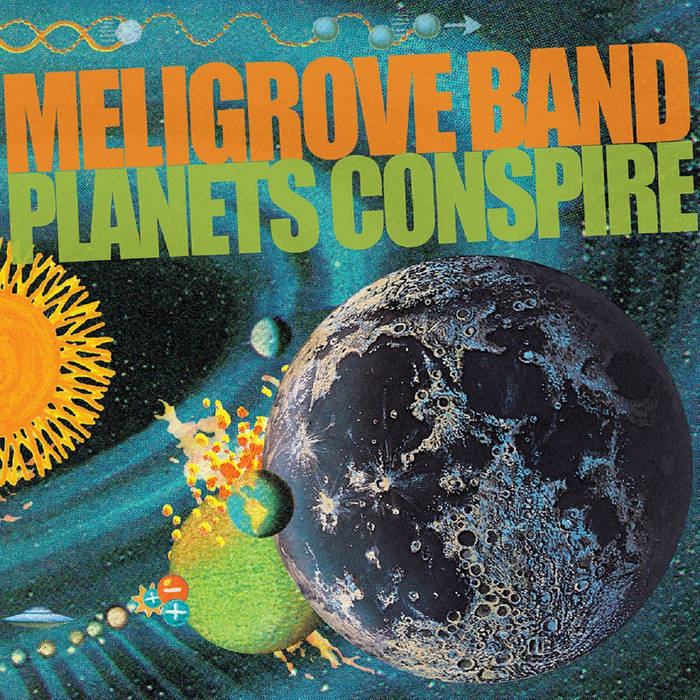 The early 2000s was a heady time in indie rock. The genre's Brooklynization was in full swing; north of the border, Toronto and Montreal were basking in rare international recognition for their potent scenes. Out of that creative froth sprang Meligrove Band, a scrappy group of high-school friends from Mississauga.

A slew of reunions and anniversary reissues are ensuring that the wheel of nostalgia is turning a new generation of fans on to this era. Into this fray comes a newly remastered Planets Conspire, the band's 2006 major label debut — and for many, their crowning achievement. The quartet had previously dropped two fun and charming LPs deeply indebted to East Coast heroes like Sloan and the Super Friendz. Yet those records didn't prepare listeners for the tour de force that turned the band from hometown favourites into international road warriors.

From the ominous opening notes of "Isle of Yew," it was obvious that this record was different from previous efforts. But when the three-part opening suite peaked with a gang-whistle on "Grasshoppers in Honey," the band launched themselves into the upper echelons of Canadian indie-rock. That position was further bolstered by songs like "Ages & Stages" and the floating "Free on the Air." While each track stood on its own, there was connective tissue that connected them to one another. Even now, the seamless nature rewards repeat listening, rendering the "pause" and "stop" buttons irrelevant.

Even as their sound expanded — horns punctuate a number of these tracks, and piano is a bedrock sound for many of the them — producer and By Divine Right mastermind Jose Contreras kept the record grounded. Each instrument is separated in the final mix, but the vibrancy of the recording gives the impression that a mic was simply placed in the middle of the band's practice space and someone hit record, a feeling further elevated by this new remaster. It's the sound of a band striving to stretch their sound and abilities to the limits, knocking out a rollicking classic in the process.

Meligrove's scrappy approach inspired a host of Canadian indie luminaries, including Tokyo Police Club, Arkells and Born Ruffians. Yet, Planets Conspire would prove to be their lone LP for Richard Branson's V2 label. A pair of records followed, but wider success eluded the band.